‘So Jane, can you take a turn at writing a blog to go on the website?’ Sounds easy but blogging is a  new experience for me so who knows how this might turn out? On reflection, ABCD is also a relatively new experience and I'm still wondering how that might turn out! Nearly three years into my role as a Community Builder, and I think the answer doesn't get any closer because the more contacts I make, the more conversations that I have, the more residents I meet and the more connections I can make between them, the effect just keeps rippling outwards and may never stop. Every so often a new pebble lands in the pool and new ripples join forces with the old to take them in a new direction with renewed energy.

This effect was highlighted just this week when I sat down with a couple of colleagues from Barnwood Trust and my ‘People map’ which was created about 12 months ago. This is a spider web of connections I have made in the community, and shows just how those connections have developed into other connections which in turn connect to others and ripple outwards.

We wanted to review it and see where some of those people and connections have got to over the intervening months. 3 hours, 4 cups of tea, 1 coffee and 3 chocolate chip cookies later, we finally decided we'd finished for now. The reality is that whatever way we try to capture some of the impact of community building, it is only ever a snapshot in time as the connections keep building and take on a life of their own beyond our input. The hardest thing is to say OK, let's stop there... for now! Even then, I couldn't resist sending my colleagues an email later to add yet another little story which had popped into my head.

To give you a flavour of the connect and ripple effect, I thought I'd highlight just a few of my original connections and how they have, and continue, to spread outwards.

I met a couple at Northway summer fete and we got chatting. One of their passions had been caravanning before the wife became unwell, but she was now using a wheelchair, and so they had to cut back on these activities, but they still enjoyed going out for a walk every day. I happened to know another resident who is living with early onset Alzheimer's, and is trying to keep up a good routine of daily exercise to help delay the condition. At the same fete, I also met a local who was passionate about cycling for health, and so had an excellent knowledge of the local roads and road safety issues. He had a neighbour who was recovering from a stroke which had left him sight impaired and not so steady on his feet, and he thought this neighbour might enjoy a reason for getting out of  the house.

I brought this little group together over the obligatory cuppa, and we looked at some routes with accessibility and safety in mind. The group started to meet every Friday at a local sheltered housing lounge, from where they walked with other residents, in most weathers, for 45minutes around the local area, before having a drink and going their separate ways.

Over the course of 12months, The cyclist has found a job, and very sadly we lost the lady with the wheelchair, but her husband and the other members  still meet up regularly. However, the ripples of the story are where it gets even better…

One of the members is a skilled magician, who just loves an audience, and through being a Stroller has had a couple of opportunities to share his skills. Firstly, at the sheltered housing scheme where they meet, secondly at another members request, at the men's group in Tewkesbury. Since his wife passed away, he has found support in his continuing relationships and is still strolling with the strollers! 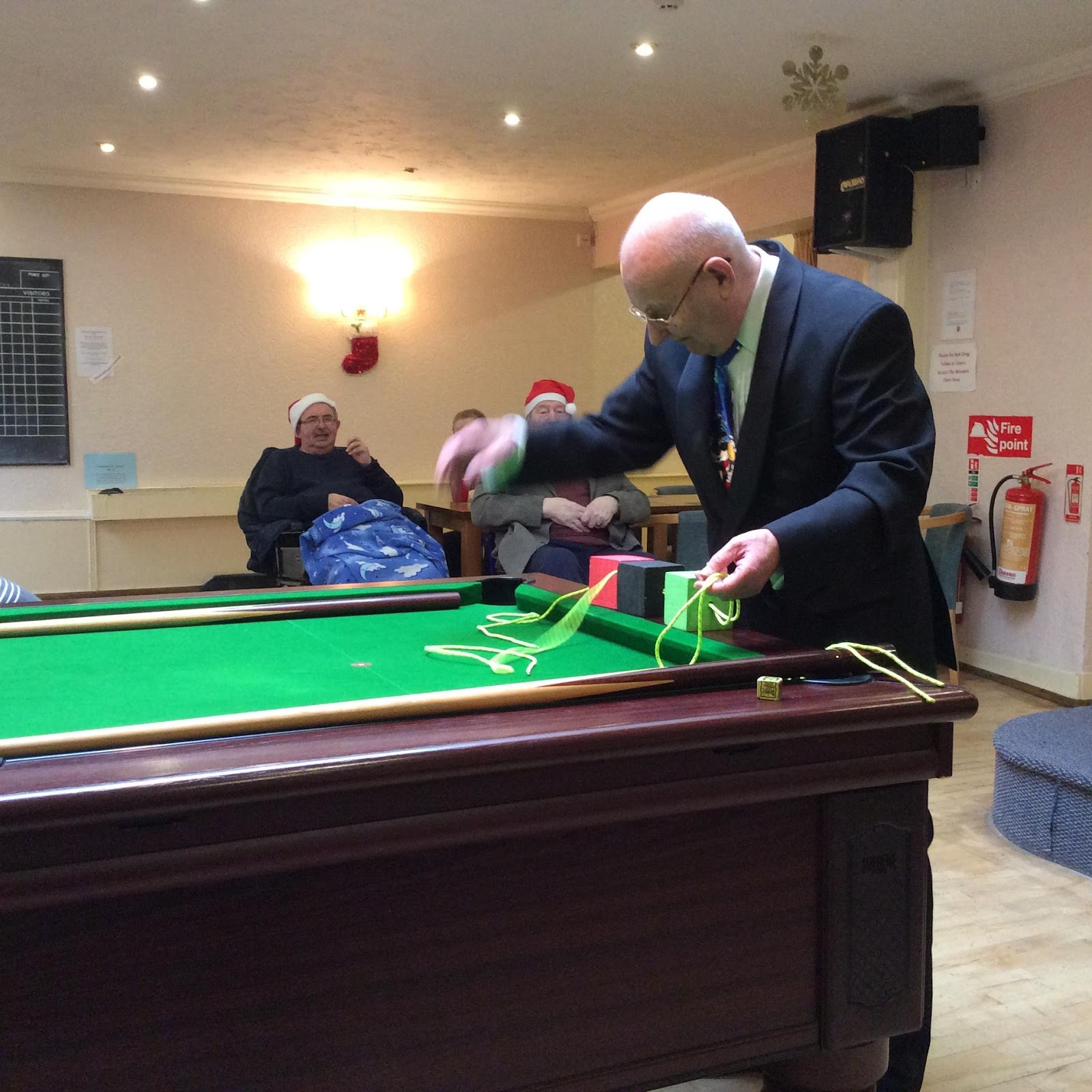 A third member of the group just loves to walk with company, while improving his recovery from a stroke, and it is a great excuse to get out of the house. His wife still works so he would otherwise be at home alone. During a recent conversation with his wife she remarked that 'Those two (other group members) are just such good company for him' 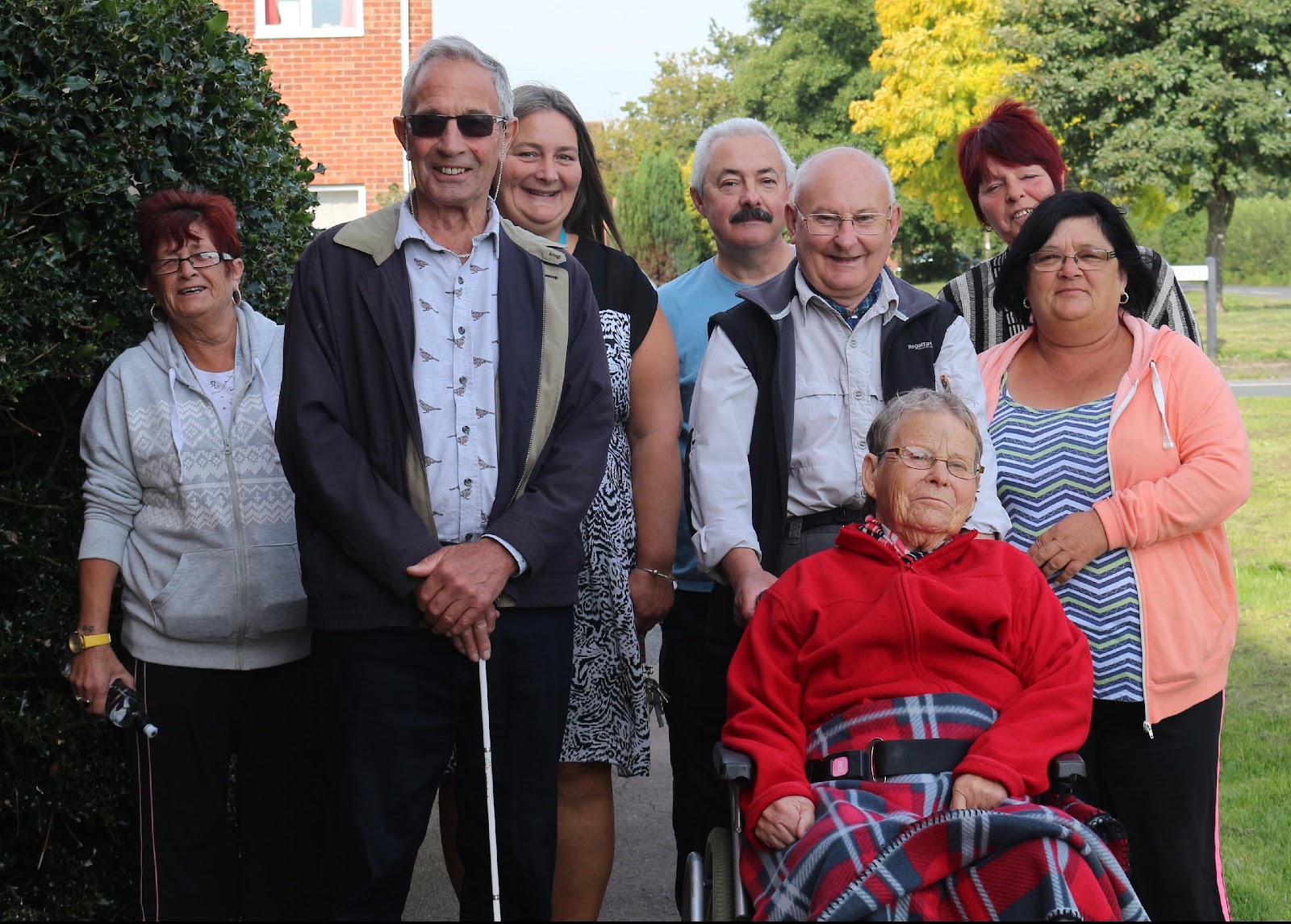 Another member has become a great community connector, and as well as being a stalwart member of the Strollers, he is a helpful and supportive member of Tewkesbury Men's Group. His connection with strollers has led to him attending other events at the sheltered housing where they meet, and through this he has met another resident, a quiet and retiring gentleman who he has persuaded to come along to men's group. This resident isn't able to walk far, so every Thursday, the Strollers member meets him at the housing complex, and accompanies him in the bus into town to go to the group meetings. The same group member has also taken the initiative, after spotting a gleaming Aston Martin in the driveway of a house along one of the strollers routes, of introducing himself to the owner and persuading him to allow the group to visit and take a look in and around the car. Also, in keeping with this gentleman's bid to keep up his exercise levels to help improve his health, and as a passionate football supporter, it was him who suggested that a walking football team would be of great benefit to the community. I put him in touch with yet another resident and keen fitness coach and someone wanting to support his community, and walking football in Tewkesbury became a reality, now meeting weekly with a team of all abilities, ages and gender.

Through the men's group, our footballing Stroller met a volunteer, who was coming alone to support a young lad to stick up for skittles. The person is also a keen football supporter, and so the Stroller suggested he started coming to the walking football. He now brings his sons, and has introduced others to the group, and occasionally stands in to run the group when the resident who normally leads it is unavailable.

So we've gone from a conversation at a fete to a walking group, from a walking group to a social gathering, from a social gathering to a magic show, from a magic show to a support group, from a support group to a fitness group, and from the fitness group we now see social gatherings again. All this, and that was just the top left hand corner of the people map! So connections continue to connect and the ripples continue to spread and the next time we look at the map, there will be new stories to add.

Community is a powerful thing, and as you may have read in our previous blogs, spendi...

Go to www.streetbank.com – a website which shows you the skills or things your neighbours are wil...

Tell your Story and help inspire others in the Community